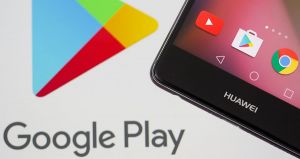 Huawei's upcoming flagship Mate 30 smartphone will launch next month without key Google apps, creating a challenge for the Chinese tech giant hit by US sanctions. 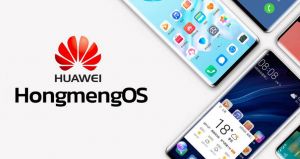 Chinese telecom giant Huawei says it could roll out its own operating system for smartphones and laptops in China by the autumn after the United States blacklisted the company. The international version of the system could be ready in the first or second quarter of 2020, said Richard Yu, the head of Huawei's consumer business.

Apple will release its new iOS 11 software update later this year and it will not be available for the iPhone 5 and iPhone 5C. Features of the new operating system were showcased at Apple’s recent WWDC event in California, where it was confirmed that older iPhone models and iPads would not be supported by the iOS 11.

The operating system will not work on iPhone 5 (released in 2012) or the iPhone 5C (2013), nor will it support fourth-generation iPads (2012). These devices will still be able to function with iOS 10 but security updates might not be available. In addition, some apps on iOS 10 won’t work anymore as they will need to be optimized for iOS 11.

Even though the move will be inconvenient for users who still want to use an iPhone 5, etc., the reason for it, according to Apple, has to do with the processors in devices. The iOS 11 update will only work with newer iPhone models that have a 64-bit processor which allows the system to use larger amounts of memory. Older models, such as the iPhone 5, only have a 32-bit processor.

The move could also be challenging for app developers, because if their apps are optimized for 64-bit devices, then they won’t work on older iPhones. Even though the iPhone 5 was released five years ago, it is still a popular device to purchase, according to e-commerce site Trade Me. There are currently 300 for sale on the site along with a similar number of iPhone 5Cs.

The most affordable iPhone model available on the market today is the SE which sells for around $750 and is a similar size to the iPhone 5. Apple will release new iPhone models later this year, one of which could be an update to the SE. iOS 11 is expected to be available as a free update for supported iPhones and iPads in September. 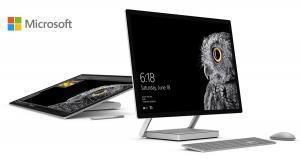 The Surface Studio features a large, 28-inch hinged touch-screen display touted as “the thinnest desktop monitor ever created,” adding to Microsoft’s range of tablets and laptop devices for the premium segment. Microsoft vice president Terry Myerson said: “It is a new class of device that transforms from desktop PC into a powerful digital canvas, unlocking a more natural and immersive way to create on the thinnest display ever built.”

The new PC has an ultra-HD 4.5K display, with more pixels than most new high-definition televisions. It will be available in "limited quantities" for the upcoming holiday season, with more units available in 2017, according to the company. It has, however, received mixed responses from analysts.

In a tweet, Benedict Evans from venture firm Andreessen Horowitz said: “Yes, this is very cool. But what’s the market for a $3,000 computer you can draw on? How many people have that job?” But other analysts suggest the device is aimed at setting a higher standard for the Windows ecosystem.

Microsoft also recently announced an updated Surface Book -- its high-end convertible tablet-computer -- which will sell for $2,400, adding improved graphics and computing power and with an estimated 16 hours of battery life. The Surface device are said to allow users to create content onscreen with a special pen-stylus, and Microsoft introduced a new disk device called Dial which attaches to the screen and offers additional controls such as viewing the timeline of a creation.

Microsoft also announced its Windows 10 Creators operating system would be offered as a free update in early 2017, enabling users to create 3D content and delve into virtual and augmented reality. The update offers "new ways to create and play," said Myerson. It will allow for a 3D capture application for mobile devices and a new version of the popular program Paint for 3D objects.

The system will allow users to add three-dimensional emojis and to create and manipulate content they create or scan. With the new Windows system, users will be able to experience virtual reality with Microsoft's HoloLens headgear and its Edge browser.