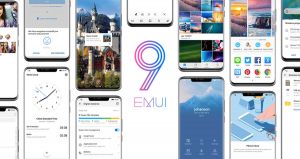 According to data collected on June 3, 2019, the number of users that have upgraded from EMUI 8.X to EMUI 9 has exceeded 80 million globally and continues to grow. It is estimated that this figure will reach 100 million by the end of June.

Customers who have not upgraded their phones to EMUI 9 can follow instructions that are available on their phone (Settings > Software Update). Alternatively, they can sign up for the EMUI 9 upgrade through Hicare (please note that the upgrade through Hicare is only available in certain countries and regions). Staff in Huawei retail stores and service centers are also able to provide upgrade support. Timings of push notifications for the new EMUI 9 upgrade will vary by country. To find out which EMUI version is currently in use, customers can check their phone (Settings > System > About Phone).

Apple announced iOS 10 at WWDC and upgrade plans for iMessage 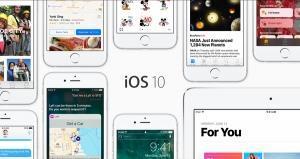 At Apple’s Worldwide Developer Conference (WWDC) which took place from 13-17 June in San Francisco, the iOS 10 upgrade was finally introduced to the world during a keynote. The iOS 10 update for iPhone and iPad is a milestone software update, filled with major changes for daily smartphone and tablet routine, most notably featuring new 3D touch abilities, significant Siri updates and more protection from bugs. What’s more, it’s absolutely free to download in July.

Apple’s messaging app is reportedly getting vamped up following the upgrade news to take on its instant messaging competitors like WhatsApp and Facebook Messenger. Apple’s iMessage is set to receive features such as disappearing ink messages and digital firework displays that take up the entire screen.

Up until now, Apple’s iMessage had been somewhat conservative, avoiding quirky features found on the likes of Snapchat, but that’s about to change as Apple attempts to penetrate the user-base of its competitors who all rely on emoji and visual effects to keep their users entertained.

For example, iMessage users will be able to replace words with an emoji by simply tapping a word, which is automatically recognized by the phone, which then replaces the word with an image that represents it. Users can also send hand written notes via the messenger, and send ‘invisible ink’ messages that appear when the screen is wiped. Large emoji animations can also be used that fill up an entire screen.

What’s more, iMessage has been opened up to developers for the first time enabling it to be used for financial transactions and other similar tasks. Users will now be able to send funds through a message, but only through external apps rather than Apple Pay which many people had expected.

Other news from WWDC revealed that Apple’s desktop computer software OS X has been renamed macOS. This year’s version has been called Sierra after the mountain range that spans California and Nevada.

In addition, Siri, Apple’s voice-based virtual assistant, has also been considerably updated and added to the Mac for the first time, as well as the ability to use Apple Pay on Mac. The pay option will appear on websites, with a confirmation request sent to a user’s smartphone, allowing them to use their fingerprint to authorize a payment. Another cool feature for Apple Watch users is the added ability to unlock a Mac when in close proximity.

Apple Music, Apple’s subscription-based streaming service, which was launched in 2015 at WWDC, has been redesigned for users, following reports that the app was too confusing to use. A user’s music library has now been pushed to the front of the app, with added playlist suggestions being offered by Apple.