Is the market ready for Apple’s 5G iPhone? 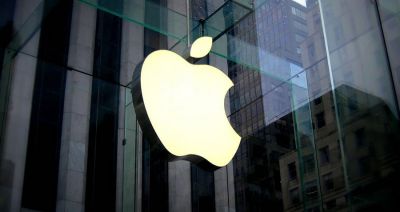 Although still limited in scope, 5G networks are here. The only issue, apart from living in a compatible location and being on a compatible network, is that you also need a 5G-enabled phone too.

The smartphone giant scheduled an online event for October 13 and analysts expect a selection of iPhone 12 models in multiple sizes to be introduced, with some shipping earlier than others due to the toll the pandemic has taken on the company's supply chain.

"We believe iPhone 12 represents the most significant product cycle for Cook & Co. since iPhone 6 in 2014 and will be another defining chapter in the Apple growth story," Wedbush analyst Dan Ives said in a note to investors, referring to chief executive Tim Cook.

According to Bloomberg, 5G technologies in the US are “still not ready for the masses” and many consumers buying the latest iPhones could find the 5G feature underwhelming as a result. “The country’s three largest wireless carriers, Verizon, AT&T, and T-Mobile have yet to roll out 5G in a way that provides consistently higher data speeds or widespread coverage,” it reports.

However, analysts believe that it was high time for Apple to hit the market with an iPhone tailored to the super-fast 5G telecom networks taking root around the world. "Apple absolutely needs 5G right now," said Techsponential analyst Avi Greengart, "not for the US, but for China, where 5G is driving purchase decisions."

“Apple got away with not releasing a 5G device last year because the 5G use-cases and network coverage simply wasn't there," said Futuresource Consulting research analyst Stephen Mears.

"Apple won't want to be perceived as being two generations behind on 5G handsets."

The launch of 5G iPhones is likely to be used as the staging post for a fresh wave of expansions and announcements from network operators. After Apple rolled out its first 4G LTE iPhone in 2012, major US carriers built out their networks.