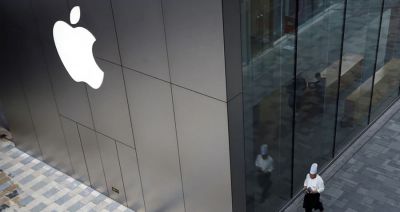 US technology giant Apple has announced that it will impose a recruitment cutback - which has been primarily forced due to weak sales on the company’s iPhone devices in the lucrative Chinese market.

Bloomberg has reported that Apple CEO, Tim Cook, announced the recruitment cutbacks just a day after he sent a letter to Apple investors that warned the company was bracing itself for a year-on-year decline in revenue for its fiscal Q1, which would shave $5bn from its guidance.

In a series of meetings that were held following the disclosure, it was reported that Cook informed some staff that a number of divisions would reduce hiring, but stated that he didn’t think a complete freeze in recruitment would be an appropriate solution to take.

In addition to this, it has been further disclosed that the CEO is also yet to determine which divisions will face hiring cutbacks. However, it is believed that divisions such as Apple’s AI team will not be affected due to the leverage of investment made by the US tech company into the emerging technology.

The move will also not affect plans to open a state-of-the-art new office in Austin, Texas or its expansion plans in Los Angeles, where the company is fleshing out its original video content ambitions.

Bloomberg also pointed out that Apple has hired new staff at a significant rate over the past decade. The company recruited 9,000 workers in its most recent fiscal year, taking the total up to 132,000, while adding 7,000 a year earlier.