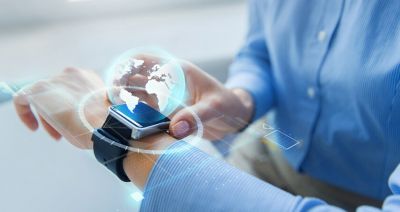 Shipments of connected wearables reached 116.8 million worldwide in 2018, according to the findings of Berg Insight. Growing at a compound annual growth rate (CAGR) of 15.4 percent, total shipments of smartwatches, smart glasses, fitness & activity trackers, smart clothing, mobile telecare and medical devices as well as other wearable devices are forecasted to reach 238.5 million units in 2023. Bluetooth will remain the primary connectivity option in the coming years. A total of 67.7 million of the wearables sold in 2023 are forecasted to incorporate embedded cellular connectivity, mainly in the smartwatch and telecare and medical device categories.

The connected fitness & activity tracker segment is led by Chinese Xiaomi, which has been successful with its Mi Band fitness tracker. Fitbit, a pioneer in the segment, is still also among the largest vendors in the segment along with Huawei and Garmin. Berg Insight estimates that shipments in the segment reached 65.0 million units in 2018. This product category is now facing fierce competition from smartwatches that in most cases include activity tracking features.

Apple entered the connected wearables market in Q2-2015 and quickly became the leading smartwatch vendor. In 2018, the company accounted for almost half of the total 45.5 million smartwatches sold during the year. “Apple continues to hold a firm grip on the smartwatch market and is at the forefront of innovation in the industry”, says Martin Bäckman, IoT Analyst at Berg Insight. The competition has responded with increasingly capable and attractive devices from Wear OS vendors including Fossil, LG and Huawei as well as from vendors betting on other platforms such as Fitbit and Samsung.

The smartwatch segment is expected to surpass fitness & activity trackers and become the largest device category within wearable technology in terms of shipments in 2021. “Technology advancements, increased consumer awareness and wide availability of devices in different price segments will enable smartwatches to reach shipments of 117.7 million units in 2023”, concludes Bäckman.

Sales of smart glasses and head-mounted displays have so far been modest, but promising use cases in professional markets as well as in niche consumer markets will enable it to become a sizeable connected wearable device category in the next five years. A number of vendors including Daqri, ODG, Epson, Google, Microsoft, Kopin and Vuzix are active in the segment.

Standalone VR headsets from companies such as Oculus and HTC aimed for the consumer market are gaining traction and accounted for a large share of the total 1.5 million devices shipped in the segment during 2018. Berg Insight forecasts that shipments of smart glasses and head-mounted displays will reach 11.9 million units by 2023. Annual shipments of medical devices and mobile telecare/mPERS devices are forecasted to grow from 1.8 million devices in 2018 to 6.9 million devices in 2023. The segment includes wearables such as cardiac rhythm management devices, ECG monitors and mobile telecare devices.

Finally, annual shipments of wearables not covered by the above product categories such as authentication and gestures devices, smart rings, wrist-worn computers and scanners, smart jewelry and connected prosthetics are predicted to grow from 3.0 million units in 2018 to reach 13.0 million units in 2023.