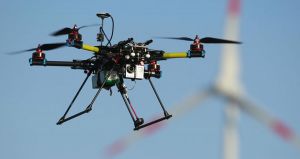 Two of the UK’s largest airports have invested in multi-million pound anti-drone systems, after an incident at Gatwick in December brought flights to a standstill.

Both London’s Heathrow and Gatwick airports confirmed they have purchased high-tech systems to protect themselves from potential drone attacks.

It follows three days of chaos at Gatwick in December, after a reported drone sighting caused mass disruption and grounded nearly 1,000 flights during the busy Christmas period.

Flights were resumed after the British Army brought in Drone Dome equipment; reportedly manufactured by Israeli defense contractor Rafael, which allows operators to jam a drone’s radio signals and allow it to land safely. It is believed several airports have purchased their own ‘military-grade anti-drone apparatus’ to prevent future incidents which will provide a “similar level of protection,” after the army withdrew its equipment on January 3rd.

On December 19th, an airport security officer at Gatwick had witnessed two cross-shaped drones, flying over the south perimeter road with flashing lights. The sightings caused three days of flight cancellations, with over 140,000 passengers affected by the standstill; the biggest disruption since the Icelandic volcanic ash cloud in 2010.

Two people were arrested after the incident in December, but as of yet no one has been charged.

In July 2018, the UK government passed a law that banned drones from flying above 400ft and within 1km of an airport boundary, because of fears they could cause damage to aircraft windows during take-off and landing.