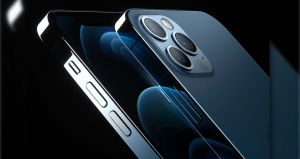 Apple introduced its latest iPhone lineup, with 5G as the exciting new feature of the iPhone 12 family.

The Californian tech giant launched four new iPhone models with varying price points and display sizes at the event, including an iPhone 12, iPhone 12 mini, iPhone 12 Pro, and iPhone 12 Pro Max. Although most of the features were expected prior to the event, the consensus among analysts is that the 5G compatibility will be one of the key drivers of iPhone growth over the next few years.

“This is a huge leap for iPhone, bringing the best 5G experience in the market and delivering our most advanced technologies to users who want the absolute most from their iPhone,” said Greg Joswiak, Apple’s Marketing SVP. “Each generation of iPhone has changed what we expect from a smartphone, and now with 5G, iPhone 12 Pro provides a new generation of performance.”

Krish Sankar, lead analyst at investment bank Cowen, didn't see any major surprises from the iPhone 12 event, but noted that the addition of 5G across the lineup could "enable a longer strong cycle."

Sankar forecasts that iPhone unit shipments could grow 12% year-over-year to 208 million units in 2021, and an additional 3% to 214 million units the following year. He also notes that overall pricing rose moderately on a blended basis compared to the iPhone 11 lineup.

Some analysts believe Apple is taking a serious bet on 5G adoption and expansion, and may be introducing a device that the market is not ready for.

“We’ve been a little bit more skeptical on the iPhone side for the last few years here. It’s been a time since they’ve had a real hit. Remember that the 10 was supposed to be a supercycle as well. We didn’t really see it so we’ve seen a lot of changes as far as customers’ willingness to pay really since that iPhone 10 so there’s been a lot more mixing down and of course now really the new feature here is 5G. … When we have a new technology, we struggle with – is it worth the cost? Are there applications? What’s it going to do with my battery? What will the coverage look like?”

Nilay Patel, editor in chief of The Verge, is also skeptical about the uses of 5G.

“In the middle of Apple’s pitch for 5G, they announced a feature called Smart Data Mode … the thing that Smart Data Mode does for you is it turns 5G off to save battery life. So not only is the network not ready, the hardware, because the networks are new and the modems are new, is going to drain your battery life if you overuse 5G. So the phone itself unless you’re doing something that demands a lot of speed is going to turn 5G off almost most of the time. I did not see a single compelling use case for 5G in that entire presentation, other than the speed test app.”