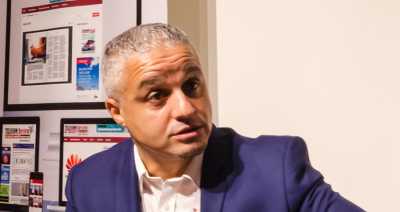 The main challenge facing telecom operators in Africa is competition and regulatory stability, according to Mr. Abdellatif Bouziani, CEO of telecom provider Smart East Africa Group serving Tanzania, Uganda and Burundi. Speaking to Telecom Review, Mr. Bouziani said governments in Africa have sold too many operating licenses which have forced prices down, but operating costs remain the same.

Competition is high in the African telecom market, said Mr. Bouziani. With governments selling up to 6-7 telecom operating licenses, operators are forced to lower their prices, but operating costs remain the same, so they must cut spending to survive. But by reducing spending, operators aren’t able to experience growth. When there’s less cash going into countries, big players suffer, and smaller players suffer even more, he said.

“We have to do business differently now,” Mr. Bouziani told Telecom Review. “We cannot do it the same way we did 5-10 years ago.” Voice is no longer primary, he explained, therefore the industry needs to get closer to the OTT (over-the-top) players to benefit more from them utilizing operators’ networks. Operators need to be a part of the change rather than taking a back seat and watching it happen, he said.

Smart East Africa launched in Tanzania, Uganda and Burundi in 2014 under Industrial Promotion Services (IPS) Kenya, which in turn is part of the Aga Khan Fund for Economic Development (AKFED). The operator was launched in the three markets to drive innovation in the market and focus more on the youth segment, Mr. Bouziani said.

AKFED is the sole for-profit agency of the Aga Khan Development Network (AKDN) and works in partnership with international organizations and governments to stimulate the private sectors of developing economies, with the aim of generating capital for investment into long-lasting and sustainable development initiatives.

The organization is essentially a development and investment agency, Mr. Bouziani explained. AKDN holds a 51 percent stake in Smart East Africa while Timeturns, the previous owner of Smart, owns a 49 percent stake.

To stand out in the market, the company implemented an “innovation-friendly” environment to foster knowledge and new ideas. Mr. Bouziani said: “We have to take into account how much telecoms has changed with the introduction of OTT, increasing data usage and value added services. We must ask ourselves: how can we play around with all these things to come up with a business model that allows us to survive in this non-conventional industry?”

In 2014, Smart announced plans to invest US$300 million over the course of five years to expand its telecoms networks and services. The company faces stiff competition, with 17 rival operators combined across Tanzania, Uganda and Burundi. The company offers free roaming across the three countries.