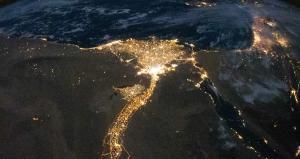 In September 1999 a national project for a technological renaissance was announced in Egypt reflecting the commitment of the government to developing the country's IT sector. That commitment is reflected today by the introduction of 4G services, the nation’s pledge to improve ICT education, and its vision for a more digital and sustainable future.

With over 92 million inhabitants, Egypt is the most populous country in North Africa and the Arab world which represents its influence and strategic importance in the region. Despite its influence, Egypt has fallen behind its Arab neighbors in the Gulf in terms of IT and telecommunications due to political instability. But Egypt is now experiencing steadiness after a new constitution was voted and President Sisi took office.

The new Cabinet, appointed in June 2014, has committed to boosting Egypt’s economic growth and attracts investments. The Cabinet formulated its efforts into a long-term vision and developed a sustainable development strategy for the country until the year 2030. Egypt’s ‘Sustainable Development Strategy (SDS): Egypt 2030’ aims at creating a “modern, open, democratic, productive, and happy society.”

The plan aims to make Egypt’s economy an “active player in the world, capable of adjusting to international developments and well positioned to join the ranks of the world’s medium-income countries.” The Egyptian Government has committed to creating an “innovative and knowledge-based society” needed to support its growth and secure human welfare. This is achieved through a national system, a high quality institutional and legal infrastructure for scientific research, technology and innovation.

Egypt has improved in its scores in the penetration of broadband and corresponding affordability, both fixed and mobile, according to Huawei’s 2017 Global Connectivity Index (GCI). The nation is “is one of the most developed internet markets in Africa in terms of the number of users and the availability of services,” says the report.

Egypt also has “considerable domestic fiber infrastructure” the report adds, which is able to tap into cables at several points. 4G services have been launched by mobile operators in Egypt and are believed to serve as a catalyst for economic growth and deliver broad social benefits. However, according to GCI indicators, Egypt is only at its first stage of ICT development, which is broadband, and “has not achieved impressive progression in other technical enablers.”

UAE, Qatar and Saudi Arabia remain top ‘adopter’ economies in terms of connectivity within the Arab world, according to the index. The report measures the relationship between ICT investment and GDP growth. Of the 50 countries that were analyzed, 16 are considered Frontrunners, 21 are Adopters, while the remaining 13 are Starters. These clusters reflect the nations’ progress in digital transformation. Egypt is categorized in the Starters group.

With broadband performance still behind world average, the report advises Egypt to further focus on establishing better connections, wider coverage and faster speed, meanwhile, retaining the affordability of services. With banking taking first steps to digitalize, it is beneficial that other sectors get their digital transformations to take shape, says the report. This is driven by the “increasingly complex demands by Egyptian customers on business services and higher standards for the services they wish to have.”

His Excellency Eng. Yasser El Kady, Egypt’s Minister for Communications and Information Technology, recently announced that new 4G frequencies are ready to be used in the country. Following delays, the 4G spectrum will soon be available for use, he said. The Egyptian Government has completed preparations for the transfer of 4G frequencies to operators, according to the Minister, after selling four licenses in a 2016 auction.

“We are now ready to hand over 4G mobile frequencies to any company that is ready,” said the Minister in an interview with Reuters in May this year. “We are waiting for companies to finish preparations to receive the frequencies.”

The first operators to sign deals with Egypt’s regulator to acquire 4G licenses in October 2016, were Vodafone Egypt, Etisalat and Orange Egypt. Meanwhile, the nation’s state-owned Telecom Egypt also plans to launch 4G within a year of receiving its frequency license.

Obtaining the licenses wasn’t a straight forward process for the telecom operators, with Vodafone Egypt, Etisalat and Orange Egypt at first rejecting the terms of the auction because they felt there wasn’t sufficient spectrum on offer. The companies also disputed conditions which required 50 percent of the total license cost to be paid in US dollars.

The spectrum sales were delayed due to the three companies refusing to participate in the auction until the issue was sorted out. Orange Egypt, for example, came to an agreement with Egypt’s regulator to pay half the license fee in US dollars. The regulator, keen to prioritize existing carriers, agreed to revise the terms.

Introducing 4G to Egypt has been part of the government’s long-term plan to reform the telecom industry and raise more money for the state. After the spectrum auction, Minister El Kady said $1.1 billion had been raised, and an additional $1.13 billion for the state budget.

At the December 2016 Telecom Review Summit in Dubai, Minister El Kady explained that in Egypt, and in other nations in the region, governments are executing development plans, noting Egypt’s Vision 2030 initiative. The main pillars of Egypt’s strategy include social justice, knowledge and innovation and economic development.

“ICTs are at the core of this vision and over 30 projects have been implemented,” he said.

The Minister shared the recent deployment of national telecom and IT infrastructure projects, emphasizing improved services offered to the citizens of Egypt. He also commented on the successful awarding of the 4G licenses to Egypt’s four operators, allowing them to offer numerous new services for their subscribers.

Also part of Egypt’s Vision 2030 initiative is increasing ICT education. Egypt’s Education and Technical Education Ministry and the Ministry of Information Technology (MCIT) have both committed to work together to strengthen IT education to improve the country’s global standing in terms of its education system.

The World Economic Forum’s latest competitiveness report, released in 2015, placed Egypt’s education system at 139th place out of 140. The low score is said to have influenced the nation into stepping up and improving its education system.

Minister El Kady recently met with the Minister of Education and Technical Education, Tarek Shawaki, to confirm a plan to establish a closer working relationship. It was reported that the Ministers will form a joint committee to prepare a long-term cooperation strategy that will improve education processes in Egypt and lead to better social and economic outcomes for the country.

Minister Shawki stressed that keeping up with technological developments to improve the educational process is within the framework of Egypt's Vision 2030 Sustainable Development Strategy. Both Shawki and El Kady have discussed the technological transformation in the various stages of education, especially with modern technology and high-speed internet access to schools. 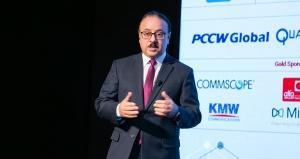 Egypt’s Minister for Communications and Information Technology, His Excellency Eng. Yasser El Kady, was an esteemed guest of the Telecom Review Summit 2016. Eng. El Kady received the Award for ‘Telecom Leader of the Year for Government and Non-Profit Organizations’ for his expertise in serving the industry for over 25 years, enabling him to gain solid experience in technology transformation strategies and planning for Egypt and the Region.

Throughout his career, he worked on implementing several development initiatives to support entrepreneurship, talent development and export of IT products and services. Minister El Kady gave an inspiring keynote speech at the Summit, in which he started by examining how Egypt and the UAE can share progressive plans for sustainable development.

During his keynote speech, Eng. El Kady explained that in Egypt, and in other regions, governments are now executing sustainable development plans, noting that Egypt’s sustainable development strategy bears the title “Egypt Vision 2030”. The main pillars of the Strategy include social justice, knowledge and innovation and economic development. “ICTs are at the core of this Vision and over 30 projects have been implemented”.

Minister El Kady highlighted the importance of political support and backing to effectively execute aggressive and innovative transformational plans, stating that the leadership of the nation extends full support for the ICT sector.

The Minister shared the recent deployment of national telecom and IT infrastructure projects, emphasizing improved services offered to the citizens, he also referred to the successful awarding of the 4G licenses to Egypt’s four operators, allowing them to offer numerous new services for their subscribers.

Minister El Kady also shared at the Summit his vision for smart communities in Egypt, highlighting an official mandate that all new cities should be smart; the first being the New Capital. The Minister also emphasized Egypt’s successful experience in developing technology zones (due to develop seven) each embracing an innovation and entrepreneurship center to work on new technologies, generate intellectual property and address local as well as global challenges.

Eng. El Kady asserts that Egypt is considered a very lucrative market for business, and remains confident about his sector, “we are growing positively this year, from one digit to double digits– 10.5%; the sector is contributing by 3.2% to the GDP and we expect this contribution to continue to grow,” the Minister said. .

Minister El Kady asserted that the Egyptian government has recently taken important steps for economic reform, “as a consequence foreign investment in the ICT sector started to flow. Electronic manufacturing stands on top of our agenda; currently four international manufacturing entities have decided to invest in Egypt by establishing facilities in the new technology zones of Assiyut (south of Egypt) and Borg El Arab (north of Egypt), they are due to start production Q1 2017.” He added: “We have aggressive plans to export out of Egypt to meet regional and global demand.”