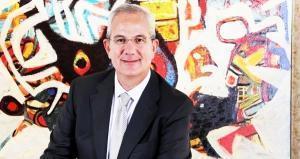 In an interview, Mr. Toros spoke about the ambitious 'SEA-ME-WE-5' project which brings together 19 operators in 18 countries connecting three continents. It is a global milestone in the telecommunications industry which will open up new opportunities for greater trade and economic growth; plus strengthen ties among multiple countries and people of various cultures. With its state of the art technology, SEA-ME-WE-5 presents matchless communication quality along its route from Asia to Western Europe.

Can you outline the current company structure in relations to mergers, and take us through the process over the last twelve months?

We have also replaced the CTO and CBSO have changed our organizational structure - we merged our chief marketing and chief sales officer under the title of chief commercial officer. In addition, we have appointed a Managing Director at Turk Telecom International to be responsible for mainly technical and operational issues which may arise within the organization. Turk Telecom International has entities and representatives in sixteen different countries.

What can you tell us about your footprint in the markets - let's start with the Middle East and Africa, and then let's examine your presence in the Asian market?

The Middle East is one of the most important markets for Turk Telecom International - we have initiatives and joint-operations with consultants in the Middle East. The biggest project we launched as part of the SEA-ME-5 Consortium was the unique and matchless SEA-ME-WE-5 subsea cable system. Turk Telecom International started to investigate long submarine cables, and we subsequently decided to join the SEA-ME-WE-5 consortium.

In February, TTI hosted very successfully the SEA-ME-WE-5 Project Launch Celebration Event in Istanbul. With the completion of this advanced and innovative project, Turkey now has adequate infrastructure to meet the country's rising data demand at an initial capacity of 24 Tbps.

We made an investment of around $50m in the SEA-ME-WE-5 subsea cable systems and we have other initiatives in and around the Middle East. In relation to Africa we are focusing on Eastern Africa. In Asia, southern Asia we're going to reach throughout the SEA-ME-WE-5 underwater cable system and capacities.