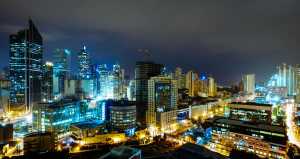 Filipinos can now avail of affordable financial products and services such as mobile banking, remittance, insurance, loans and credit as the use of technology and innovation continues to grow in the Philippines, according to Mynt, the financial Technology (FinTech) arm of Philippines telecom provider Globe Telecom.

“There is really a dire need for financial inclusion in the country since many Filipinos still do not have bank accounts as well as access to formal lending and credit,” said Albert Tinio, President of GCash, the micro-payment company of Mynt. “But due to FinTech innovations, even those in remote areas can take advantage of a wide range of financial services in the market today.”

Globe Telecom has allowed Mynt to address these concerns by building a financially inclusive ecosystem, said Tinio speaking at the recent 5th Regional Competitiveness Summit. Since telecom companies are in a unique position to penetrate even far-flung areas through mobile services, Mynt was able to leverage on the capability and infrastructure of Globe to offer FinTech to anyone, anytime and anywhere, he explained.

“GCash, for instance, already experienced hyper growth for the past 1.5 years through the use of technology and innovation,” Tinio said. “With GCash, customers can buy load, send and receive remittances, purchase goods and services, pay government fees or taxes online, among others. These have been part of our financial inclusion advocacy and eventually, we want to become a global payment solutions brand.” 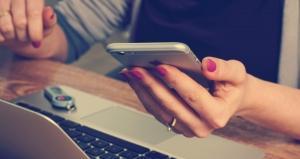 US-based DMI (which claims to be the world's first end-to-end mobility company) has announced a collaboration with Cambodian service provider Wing to enable Wing’s customers to transfer, deposit and withdraw money via their mobile phones. Wing customers download the Wing app, iOS and Android, to enable this functionality.

DMI say: “Mobile payments are having a transformative impact in certain parts of the world. The worldwide mobile payment revenue in 2015 was $450 billion and is expected to surpass $1 trillion in 2019. In the developed world it is designed to make consumers' shopping easier and allows cost savings for merchants, while mobile payment innovation in some Asian and African countries has largely been driven by services. These regions have taken the leap directly to mobile services in absence of the widespread availability of bank accounts, creating a positive impact on the local economies.”

It adds: “In Cambodia where the population is 15.5 million people, only 1.5 million are in possession of bank cards.”

“Launched in 2009, Wing has provided ways for Cambodians to send and receive money anytime, anywhere with the use of a mobile phone. Wing’s innovative products and services have also allowed every Cambodian access to financial service such as local money transfer, phone top up, bill payment, Wing Ket Luy and online payment. As such, Wing remains the leading mobile money and electronic payment service provider in Cambodia with 100 percent district coverage via our Wing Cash Xpresses nationwide.”

Wing was founded by ANZ Banking Group in 2009 and sold to Inter Logistics, parent company of the Mobile Refresh payments business, in 2011. DMI’s announcement of its collaboration with Wing gave no indication as to whether its technology will replace or supplement that supporting Wing’s current mobile payments system.