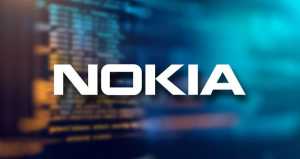 Nokia SBC acts as the gatekeeper at the edge of the network, preventing cyber-attacks, IP-bandwidth overload and unauthorized access attempts launched against communication interfaces from devices and other peer networks.

The new software provides enhanced capabilities to help customers better manage and protect media and signaling streams within and across their networks, ensuring high-quality, uninterrupted delivery of voice and video.

Key findings from Miercom's testing report revealed that Nokia's new SBC software delivered carrier-grade performance for the most demanding signaling and media plane use cases when implemented as Virtual Network Functions (VNFs). The software also provided complete mitigation of DDoS attacks without any degradation in voice or video call handling and quality; and it also delivered high-density transcoding, encryption, decryption and other compute-intensive tasks, ensuring high-quality, private connections for voice and VoIP calls.

In addition, the software demonstrated high resiliency in failover tests under a high call load (800 calls per second with Transport Layer Security) with 100 percent successful handover of established calls. Is also supported the highest per-VNF capacity for software-based media and signaling compared to other pure-cloud SBC competitors.

"All service providers deploying IP-based communications services need session border control to protect the network at the boundaries. We're the only vendor to offer a cloud-native SBC solution that is field proven in large communication service provider networks with tens of millions of subscribers,” said Bhaskar Gorti, president of Applications & Analytics at Nokia. “The validation by Miercom underscores our ability to deliver world-class products that help customers ensure the safety, reliability and performance of their IP networks."

Designed for cloud deployments, Nokia's SBC software is fully virtualized and supports OpenStack and VMware telco-cloud environments, and is currently used by more than 90 service providers globally, including 12 of the top 25 mobile network providers. 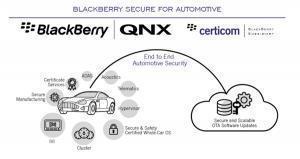 BlackBerry Limited announced its most advanced and secure embedded operating system (OS) for the automotive industry at CES in Las Vegas on January 4, 2017. QNX Software Development Platform 7.0 (QNX SDP 7.0) is a 64-bit OS that builds on the proven reliability of QNX technology and raises the bar for security and performance in cars. At CES 2017, the technological capabilities of QNX SDP 7.0 were demonstrated in BlackBerry QNX’s 2016 Jaguar XJ and 2017 Lincoln MKZ concept cars.

“With the push toward connected and autonomous vehicles, the electronic architecture of cars is evolving - from a multitude of smaller processors each executing a dedicated function, to a set of high performance domain controllers, powered by 64-bit processors and graphical processing units,” said John Wall, senior vice president and head of BlackBerry QNX.

“To develop these new systems, our automotive customers will need a safe and secure 64-bit OS that can run highly complex software, including neural networks and artificial intelligence algorithms. QNX SDP 7.0 is suited not only for cars, but also for almost any safety- or mission-critical application that requires 64-bit performance and advanced security. This includes surgical robots, industrial controllers and high-speed trains.”

As automakers look to consolidate domain functions such as infotainment, telematics, and digital instrument clusters into a virtual cockpit controller, QNX SDP 7.0 provides a realtime OS that supports 64-bit for the ARMv8 and Intel x86-64 architectures, along with virtualization capabilities. QNX SDP 7.0 can help ensure that these automated systems perform all processes and actions reliably, within the pre-defined amount of time needed for successful and safe execution.

Using LiDAR, radar, forward-facing cameras, global positioning systems (GPS), and inertial measurement units (IMU), the car can detect obstacles on the road, anticipate dangerous driving situations, and present warnings to avoid collisions to keep drivers and passengers safe. The QNX Platform for ADAS processes data generated from the sensors in realtime, and also records and plays back the data off-line for feature development and testing.

Also on display at BlackBerry’s CES booth was a 2017 Aston Martin Vanquish model that is now shipping with BlackBerry QNX’s latest in-vehicle infotainment software technology. The new infotainment system is the control center, seamlessly integrating audio, hands-free communication and vehicle status technologies into the cabin. It also has an upgraded satellite navigation system with a quicker address input, advanced traffic information, and support for Apple CarPlay.

BlackBerry also showcased BlackBerry Radar, its secure end-to-end hardware and software asset tracking solution for the transportation and logistics industry. Radar provides more sensor readings, more often than any other solution on the market today. This allows customers to accurately monitor assets, manage yards, analyze utilization, measure efficiency, and reduce theft based on a near realtime view of the fleet.

QNX SDP 7.0 is the latest in a string of momentum updates BlackBerry has made in its software transformation, and comes less than a month after the company released a mobile-native, secure software platform for the Enterprise of Things, and two weeks after the unveiling of the BlackBerry QNX Autonomous Vehicle Innovation Centre. The beta release of QNX SDP 7.0 is available now for evaluation and product development. General availability is scheduled for Q1 2017. 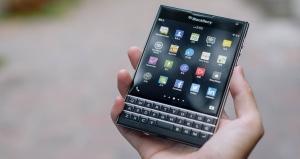 BlackBerry will continue to control and develop its security and software solutions, serve its customers and maintain trusted BlackBerry security software, while TCL Communication will manage all sales and distribution and serve as a global distributor of new BlackBerry-branded mobile devices along with dedicated sales teams.

As BlackBerry recently announced, it is transitioning its handheld devices strategy to focus on continued software innovation – ultimately providing the most secure and comprehensive software for devices around the world, while working with third parties to develop hardware and distribute and market the BlackBerry handset brand.

The agreement with TCL Communication is BlackBerry’s first global licensing agreement and expands on its existing relationship, which led to the introduction of the DTEK50 and DTEK60 handsets on Android which deliver the standard of security that customers and partners trust.

“At TCL Communication, we are committed to creating the best portfolio solutions, while ensuring the quality support to consumers and enterprise users who trust the integrity of the BlackBerry device and the brand’s security leadership, coupled with the Android platform,” said Nicolas Zibell, CEO of TCL Communication. “Together with BlackBerry’s smartphone software platform, this partnership will strengthen our position in the global mobile market.”

The relationship between TCL Communication and BlackBerry builds upon their respective leadership positions in mobile communications, as well as existing work together on the DTEK50 and DTEK60 handsets. By working with TCL Communication, the fourth largest handset manufacturer in North America and top-10 globally according to IDC, BlackBerry is ensuring its branded devices will be available around the world.

“This agreement with TCL Communication represents a key step in our strategy to focus on putting the ‘smart in the phone’ by providing state-of-the-art security and device software on a platform that mobile users prefer and are comfortable with,” said Ralph Pini, Chief Operating Officer and General Manager of Mobility Solutions at BlackBerry.

“TCL Communication is the natural choice to license BlackBerry’s software and brand on a global scale. We successfully partnered with them on the DTEK series of secure smartphones and we’ve been impressed with their excellence in hardware design, development and manufacturing. With our unparalleled expertise in mobile security and software and TCL Communication’s vast global reach and consumer access, we are confident that BlackBerry-branded products developed and distributed by TCL Communication will address the needs of BlackBerry users and expand the availability of BlackBerry Secure products throughout the world.”

TCL Communication will be the exclusive global manufacturer and distributor for all BlackBerry-branded smartphones with the exception of the following countries: India, Sri Lanka, Nepal, Bangladesh and Indonesia. Additional information on the product roadmap and availability of devices will be available in coming months.