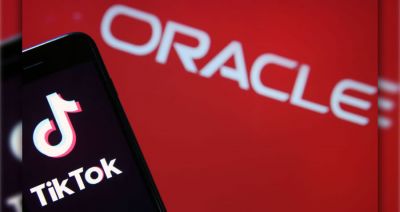 US President Donald Trump has given his approval to the proposed deal between ByteDance, Oracle and Walmart for TikTok’s US operations. The announcement was made a day after the US Commerce Department issued an order prohibiting business with WeChat and TikTok in order to protect national security.

The agreement will see the establishment of a new company called TikTok Global, with four US directors out of five. Together, Oracle and Walmart would hold 20 percent of the new company, for a still undisclosed price. The final transaction will need to get approval from the relevant US government agencies, as well as from Chinese authorities.

Oracle will take a 12.5 percent stake in TikTok Global and will store the data of US data in its own cloud infrastructure. Oracle CEO Safra Catz said Oracle will quickly deploy, rapidly scale and operate TikTok systems in the Oracle Cloud.

Oracle already announced that it was chosen to become TikTok’s secure cloud technology provider. The company believes this technical decision by TikTok was heavily influenced by Zoom’s recent success in moving a large portion of its video conferencing capacity to the Oracle Public Cloud.

“In the 2020 Industry CloudPath survey that IDC recently released where it surveyed 935 Infrastructure as a Service (IaaS) customers on their satisfaction with the top IaaS vendors including Oracle, Amazon Web Services, Microsoft, IBM and Google Cloud.... Oracle IaaS received the highest satisfaction score.”

“As a part of this agreement, TikTok will run on the Oracle Cloud and Oracle will become a minority investor in TikTok Global,” said Oracle CEO Safra Catz. “Oracle will quickly deploy, rapidly scale, and operate TikTok systems in the Oracle Cloud. We are a hundred percent confident in our ability to deliver a highly secure environment to TikTok and ensure data privacy to TikTok’s American users, and users throughout the world. This greatly improved security and guaranteed privacy will enable the continued rapid growth of the TikTok user community to benefit all stakeholders.”

ByteDance rejected Microsoft’s offer for its TikTok operations in the US and chose Oracle as “trusted tech partner”. Microsoft had indicated at the beginning of August that it was interested in acquiring TikTok's US operations, but later announced that bid had been rejected.

Microsoft expressed disappointment in the rejection and said it was confident its proposal would have been good for TikTok users, while protection national security interests.

"ByteDance let us know they would not be selling TikTok's US operations to Microsoft," the US tech giant said in a statement.

"We are confident our proposal would have been good for TikTok's users, while protecting national security interests," it added.