Oracle v Google: the software copyright case of the decade 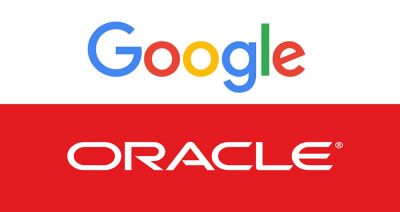 Ten years after Oracle first sued Google over the code used in its Android platform, the two tech giants are finally facing off in the Supreme Court.

The dispute concerns about 11,500 lines of code that Google used to build its popular Android mobile operating system, which were replicated from the Java application programming interface developed by Sun Microsystems – a wholly owned subsidiary of Oracle since 2010.

Oracle sued Google shortly afterward, arguing that the company’s use of the code violates its ownership rights. Google, on the other hand, has said the code it copied was purely functional, and that its own engineers authored all of Android’s code that could be said to be creative and subject to copyright protection.

Not only are billions of dollars at stake but also the law of copyright in the internet era, and which types of code will be subject to protection. The blockbuster dispute is sure to capture the attention of Silicon Valley as it could have far-reaching consequences for the future of software innovation.

Where did it all begin?

Oracle v Google is an ongoing legal case dating back to 2010. The dispute centers on the use of parts of the Java programming language's application programming interfaces (APIs), which are owned by Oracle, within early versions of the Android operating system by Google. Google has admitted to using the APIs, and has since transitioned Android to a copyright-unburdened engine, but argues their original use of the APIs was within fair use.

Oracle initiated the suit arguing that the APIs were copyrightable, seeking US$8.8 billion in damages. While two District Court-level jury trials have found in favor of Google, the Federal Circuit court has reversed both decisions, asserting APIs are copyrightable and Google's application of them failed a fair use defense. Google successfully petitioned to the Supreme Court to hear the case in the 2019 term, focusing on the copyrightability of APIs and subsequent fair use. This ruling is currently being reviewed by the Supreme Court.

The difficulty of this case is that the world is very different now to what it was when the case was filed a decade ago.

Both companies have changed hands — the lawsuit began while Larry Ellison was still at the helm of Oracle and Eric Schmidt was the CEO of Google. Similarly, three Supreme Court seats have been vacated since the last time Google asked the high court to review its case; one justice has retired and two have passed away — most recently, Justice Ruth Bader Ginsburg.

The trial, held this week via teleconference, intends to explain programming to a non-technical jury who will subsequently set precedent for the future of copyright law.

Google lawyer Thomas Goldstein told the justices that the disputed Java code should not receive copyright protection because it was the “the only way” to create new programs using the programming language. “The language only permits us to use those,” Goldstein said.

Chief Justice John Roberts suggested Google still should have paid Oracle for a license to Java. “Cracking the safe may be the only way to get the money that you want, but that doesn’t mean you can do it,” Roberts said.

Justice Neil Gorsuch questioned Goldstein on whether Google had simply piggybacked on Oracle’s innovation. Gorsuch asked, “What do we do about the fact that the other competitors, Apple, Microsoft ... have, in fact, been able to come up with phones that work just fine without engaging in this kind of copying?”

Google has said the shortcut commands it copied into Android do not warrant copyright protection because they help developers write programs to work across platforms, a key to software innovation.

Court observers found that while the Justices seemed to side with Oracle on the copyright arguments, they also took deference to the arguments presented by Microsoft, who had taken Google's side on the case. Microsoft argued in an amicus brief that ruling in Oracle's favor could upend the software industry.

Several justices noted how consequential a decision in the case could be. “I’m concerned,” Justice Samuel A. Alito Jr. told a lawyer for Google, “that, under your argument, all computer code is at risk of losing protection.”

What impact will the outcome have?

The case is of significant interest within the tech and software industries, as numerous computer programs and software libraries, particularly in open source, are developed by recreating the functionality of APIs from commercial or competing products to aid developers in interoperability between different systems or platforms.

If this ruling is allowed to stand, it is believed that companies will be forced to implement deliberately incompatible standards to protect themselves from the risk of complex litigation, moving away from the current trends in software development which have focused on improving interoperability between different services allowing apps to communicate with one another, creating more integrated platforms for end users.

Several of the court’s conservatives, including Justices Brett Kavanaugh and Samuel Alito, noted that Google’s allies had warned that the “sky will fall” if Oracle won.

“We are told if we agree with Oracle we will ruin the tech industry in the United States,” Roberts said at one point to Malcolm Stewart, a Justice Department attorney who represented the United States and argued in favor of Oracle.

It is clear that the Supreme Court is divided over this landmark case. Some of the eight justices expressed concern that Google simply copied Oracle’s software code instead of innovating and creating its own for mobile devices. Others emphasized that siding with Oracle could give software developers too much power with potentially harmful effects on the technology industry.

A ruling is expected by the end of June.