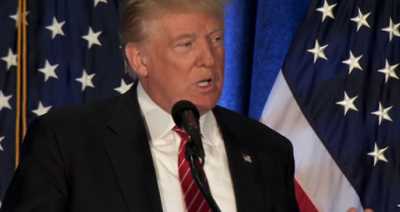 Tech firms including IBM and Red Hat were among many companies in attendance at a two-day presentation about US President Donald Trump’s plan to build a digital system that uses data mining to implement “extreme vetting” to screen immigrants arriving in the United States.

The industry day, hosted by the US Immigration and Customs Enforcement’s Homeland Security Investigations department in Arlington, Virginia, was held from 18-19 July, The Intercept reported. Companies in attendance showed their interest in helping to build the system which Trump promised to deliver during his campaigning for the 2016 presidential election.

The President recently said that legal immigration to the US would be cut by half. Trump suffered a setback when his 90-day ban on entry for people from seven mainly Muslim majority countries was blocked by the courts. Under a new modified version that was later passed, Iraq was removed from the list of countries, while Syria, Iran, Libya, Somalia, Yemen and Sudan remain.

The current vetting practices in the US is said to be insufficient, according to a document from ICE, The Intercept reported. It fails to evaluate whether a prospective immigrant would likely engage in criminal behavior or terrorist activity. The practices are described as being “fragmented across mission areas and are both time-consuming and manually labor-intensive due to complexities in the current US immigration system.”

To replace this, the government is seeking a system that “automates, centralizes, and streamlines the current manual vetting process while simultaneously making determinations via automation if the data retrieved is actionable” so that it can “implement the president’s various executive orders that address American immigration and border protection security and interests.”

The FBI attempted to build a similar system some years ago which failed to proceed because of opposition from the American Civil Liberties Union, an attendee reportedly pointed out. In response, ICE officials said a move against non-citizens would be less likely to be opposed by civil liberties groups.