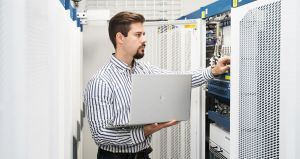 Deputy head of Moscow’s IT Department, Alexander Gorbatko, said at the Moscow Ubran Forum that a 5G demo center for testing promising technologies and city services will be set up in the city. The center will be accessible for both Russian and foreign companies. 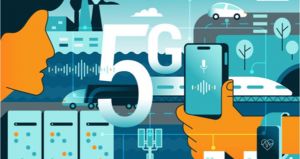 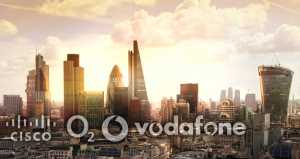 US technology firm Cisco Systems has announced that its technologies will be used to help roll-out free public Wi-Fi in London. Last week, London Mayor, Sadiq Khan vowed to make London the ‘smartest city’ in the world - and one way of ensuring that vision is to enhance ‘connectivity’.

In a statement released by the US conglomerate which is headquartered in San Jose, California, it said Cisco hardware is set to underpin O2 and Vodafone in an effort to implement free public Wi-Fi across the city. It was further disclosed that the new network will use Cisco’s outdoor access point, the Aironet 1560 series, to provide high bandwidth connectivity points in the square mile area.

In addition to this, Cisco’s technology will sit in passive physical infrastructure provided by O2’s joint-venture with Vodafone, Cornerstone Telecommunications Infrastructure, while 02 will provide the network core. The new network will replace the existing service entitled ‘The Cloud’ which is provided by Sky. The new roll-out is expected to be complete by autumn - and users will be able to access the network for free after completing a one-time registration process.

Chief Operating Officer for O2, Derek McManus emphasized the importance of continuous investment in new infrastructure and digital technologies. McManus said, “Continued investment in infrastructure is essential to maintain the UK’s reputation as a digital leader and we needed a partner that would be able to provide cutting-edge technology to help us realize this." McManus also expressed his delight that they were able to broker an agreement with Cisco, and said the organization’s technology was robust, fast and seamless.

The multi-million pound contract with the City of London was announced in April, and it aims to improve the city’s ‘smart infrastructure’. 4G connected cells will be implemented in street furniture such as street signs, lamp posts and buildings in an attempt to make London ‘connected’. It’s also been reported that Cornerstone Telecommunications Infrastructure Limited will offer all ‘smart infrastructure’ on a wholesale basis to all UK operators, as part of a collective effort to enhance mobile coverage in the area.

In May, O2 said it would invest £80m to install 1,400 small cells in London in a collaboration agreement with Cisco in order to improve mobile coverage for its own subscribers.