Russia’s MTS upgrading network to prepare for 5G and IoT 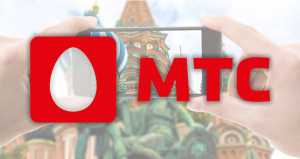 MTS, the largest telecommunications operator in Russia, and Ericsson, have agreed to upgrade the network of MTS. Ericsson will deliver the newest software features that will be continuously developed during the next three years.

These solutions will upgrade the mobile networks for 2G, 3G and 4G. In addition, MTS will prepare the network for 5G with Ericsson software for Massive IoT solutions, including NB-IoT and Cat-M1 technologies. This enables a wide range of IoT use-cases including metering and sensor applications.

The agreement supports MTS’s strategy of preparing the network with 5G and IoT-ready hardware to enable a fast commercialization of these technologies. The deployment starts Q4 2017 and total value of the contract is expected to exceed EUR 400 million.

“In April 2017, in Moscow our company demonstrated 5G technology with peak data rates up to 25 Gbit/sec,” said Andrey Ushatsky, MTS Chief Technology Officer. “Now we have reached an agreement with Ericsson, which will supply MTS with new equipment enabling our network to deploy first solutions based on 5G technologies starting 2020.”

Andrey added, “After upgrade, MTS network will provide higher data rates, increased capacity and low latency. These characteristics are critical for IoT and digital services that we are starting to implement today.”

According to the latest edition of Ericsson Mobility Report, many operators will deploy 5G commercially from 2020, in line with the time plan for 5G standardization. In 2022, the number of 5G subscriptions is forecasted to reach more than 500 million.

The adoption rate of 5G mobile broadband is expected to be similar to that of LTE, and rollout will commence in major metropolitan areas, reaching around 15 percent population coverage by 2022. 5G will enable a wide range of use cases for massive IoT and critical IoT.

“Early deployment of IoT and 5G technologies positions Russia as an early adopter of the most advanced ICT solutions,” said Arun Bansal, Head of Ericsson in Europe and Latin America. “Ericsson supports MTS in the company’s goals to meet growing capacity needs and be ready for huge opportunities that will come with 5G and IoT.

Bansal added, “5G will be a major technology in booming industrial digitalization, creating and enhancing industry digitalization use cases such as immersive gaming, autonomous driving, remote robotic surgery, and augmented-reality support in maintenance and repair situations.”

The announcement represents a milestone in the large-scale commercialization of IoT and 5G technologies in Russia. It follows the agreement of an extensive 5G Memorandum of Understanding signed by MTS and Ericsson in December 2015.

To further demonstrate the capabilities of 5G and IoT technologies, the two companies will roll out 5G demo zones during FIFA 2018 World Cup in Russia.

Ericsson to slash 1,000 jobs in Italy after failing to secure €1billion contract 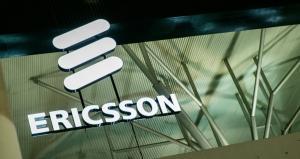 Over 1,000 jobs are at risk at Ericsson in Italy following the failure by the Swedish telecommunications company to secure a lucrative contract worth €1 billion to upgrade the network of Italy’s recently created joint-venture between Wind and 3 Italia.

3 Italia and Wind signed off on a deal to merge their local units in Italy in November, after a rigorous European Commission approval process, in a collaboration that creates the country’s largest operator. The companies aim to launch joint services in January.

However, it’s now likely that Ericsson will have to fire at least a quarter of its staff in Italy, following its failure to secure the contract for the network upgrade. It has been reported that the respective owners of 3 Italia and Wind, CK Hutchinson and Vimpel-Com have chosen China’s ZTE to carry out the network upgrade.

This has not yet been officially confirmed in Italy, but sources say ZTE have won the order – while it is believed Huawei and Nokia were also in contention for the order.

This is just the latest in a number of setbacks suffered by the struggling vendor. In October Ericsson announced that it would be slashing 3,000 jobs due to a combination of poor financial results and their failure to secure tenders for a number of vacant contracts that were up for grabs in the sector.

Ericsson has also had to fight off and refute allegations of bribery which came to light when former executives told the SEC that they had carried out a number of briberies across a whole host of different countries. One executive extraordinarily claimed Ericsson bribed the President of Costa Rica in order to secure a contract in the country.

All these setbacks, poor results and scandals have ultimately led to the inevitable departure of long-time CEO Hans Vestberg. He will officially leave his post at the beginning of next month where he will be replaced by Borje Ekholm. However, the incoming CEO now has to deal with this monumental setback in Italy – to go with all the other issues and problems urgently needing to be addressed at Ericsson.

Ekholm will be tasked with finding a way to revive the company’s fortunes amid an industry slump as operators curb investments in infrastructure.