US Cellular expands 5G tests with Ericsson to 28GHz 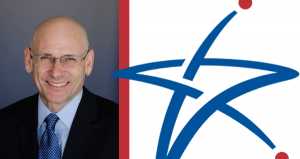 US Cellular, the fifth-largest full-service wireless carrier in the United States, and Ericsson, have completed a joint testing of various 5G use cases at 28GHz. The tests, a significant step toward the launch of a 5G network, were conducted in rural and suburban environments in Madison, Wisconsin.

The trials were conducted under a variety of real-world conditions, and they achieved peak throughput speed of 8.5Gbps. In addition, virtual reality was tested, achieving peak speeds of 4Gbps. This virtual reality test was one of the highlights of the trial, as it proved how the ultra-high speeds and low latency of 5G will enable VR applications.

The companies also tested augmented reality, advanced beamforming and Massive MIMO. The live over-the-air trials expanded on 5G trials between the two companies in 2016 that achieved 9 Gbps at 15GHz.

“This was an important trial for us to understand the propagation characteristics and path loss at 28Ghz, and we are pleased with our learnings,” said Michael S. Irizarry, Executive Vice President and Chief Technology Officer, US Cellular. “Our customers deserve to have a network that keeps up with their lifestyle, so we are constantly working to ensure that they will always have access to the latest technology and data speeds available.”

According to the most recent Ericsson Mobility Report, approximately 25 percent of all subscriptions will be 5G in North America in 2022, representing the highest market penetration in the world.

“5G activities continue to accelerate across North America as all operators prepare for deployments. US Cellular is aggressively testing 5G to determine how to best leverage the new capabilities for its customers,” said Niklas Heuveldop, Head of Market Area North America, Ericsson. “Working with US Cellular on this series of 5G trials has been greatly beneficial for Ericsson as we continue to explore innovative applications that 5G networks will enable.” 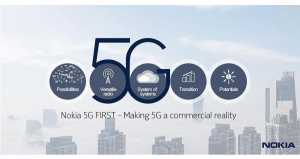 With clear interest for 5G mobility applications already emerging from operators, notably in markets like the U.S., China, Japan and South Korea, Nokia will implement early 5G specifications, enhancing 5G FIRST with the 3GPP 5G Phase I protocol. This 5G NR (New Radio) air interface standard, which is due at the beginning of 2018, is designed to support a wide variety of 5G devices and services.

"There should be no doubt about the huge potential of 5G. Through 5G FIRST, Nokia is evolving its 5G strategy to drive the industry rapidly towards the adoption of standards-based commercial applications - as early as 2019,” said Marc Rouanne, president of Mobile Networks at Nokia.

“Doing so will require broad cross-industry support, and we call upon regulators and governments to free up and enable the use of spectrum at low-, mid- and high-frequency bands for trials. This will allow robust evaluation of 5G to take place, so that collectively, we can deliver one of the most important new technologies in history, one that will truly drive the Fourth Industrial Revolution,” Rouanne added.

Nokia will continue to evolve and expand 5G FIRST as an end-to-end solution, designed to drive broader market adoption of 5G, via mobility and fixed applications, as well as testing multiple 5G use cases.

The company is building on extensive field experience already gained with Nokia 5G FIRST, which has generated valuable insights into areas such as: use of radio propagation in higher frequencies; massive MIMO and beamforming; integration with existing networks versus standalone implementations; the use of small cells in 5G deployments; and the importance of cloud native core and cloud RAN technologies.

These and many other of the key elements of 3GPP-based 5G implementation will enable Nokia to extend the scope of interoperability testing with a variety of devices. Nokia will also continue its application of leading-edge technologies, such as chipset and radio frequency innovations, in its end-to-end 5G strategy. 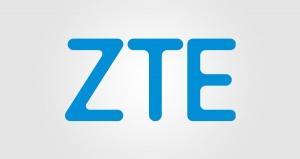 Compared with a traditional macro base station, the Pre5G Massive MIMO provides a single-cell user rate of 4-6 times faster. In an area with weak coverage, the Pre5G Massive MIMO uses the three-dimensional beamforming technology to improve the single-user throughput by 6-10 times, greatly enhancing the cell-edge user experience.

“Smartfren is continuously leading in 4G in Indonesia, being the first operator to introduce 4G LTE Advanced service and VoLTE in 2015, and offering the widest 4G coverage across Indonesia to more than 200 cities,” said Christian Daigneault, CTO of Smartfren.

“With the commercial demonstration of Massive MIMO with our partner ZTE, we prepare the way to 5G and ensure that we are using the latest technology for the benefit of our customers.  We intend to use Massive MIMO Base Stations to improve significantly customer experience inside high buildings and shopping malls, as well as to augment capacity in areas of extremely high wireless users. Smartfren can be first to use Massive MIMO in Indonesia since this technology is ideal with our TDD frequency band at 2300MHz.”

ZTE’s Massive MIMO and Multi-Antenna Space Division Multiple Access (SDMA) improves the efficiency of wireless spectrum and extends the coverage and capacity of the network which in turn provides better service stability. If we use the analogy of highway lanes as an example, without Massive MIMO, it is comparable to a two-lane highway and with the presence Massive MIMO, the number of lanes become 8, said ZTE.

Since 2015, ZTE has launched several commercial Pre5G Massive MIMO pilot projects in multiple markets and so far has already cooperated with more than 20 global carriers to deploy its Pre5G solution. 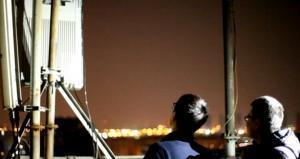 Huawei, together with China Unicom Group, completed field verification of the industry's first FDD-based Massive MIMO technology on January 17, using the existing two-antenna receiving terminal on the 20MHz spectrum to achieve a peak network rate of 697.3Mbps, 4.8 times that of traditional FDD LTE. The successful verification also demonstrated the innovation ability of both sides.

The Massive MIMO solution requires large-scale antenna array elements and RF transceiver channels. If RF and antenna are separated, engineering feasibility and system reliability are both extremely challenging. AAU is an integrated active antenna solution from Huawei, which integrates RF and antenna elements to ensure the reliability of Massive MIMO solutions and greatly enhance the feasibility of the project.

The joint field test, based on 20MHz spectrum, using an FDD LTE commercial terminal, demonstrated that the average mobile phone rate grows up to 87Mbps, which can support users to watch 4K high-definition video smoothly. The test also verified the network peak up to 697.3Mbps, 4.8 times that of the traditional FDD LTE.

Cao Ming, President of Huawei’s FDD Product Line said, “Our goal is to bring considerable commercial value to operators through innovative technology. This successful field verification between Huawei and China Unicom, once again demonstrated the innovative capability of Huawei’s 4.5G Evolution technology. Huawei's Massive MIMO product has the ability to evolve to 5G to protect the operator's investment in the coming 5G era.”