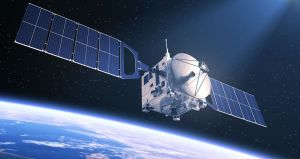 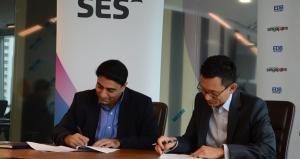 SES recently signed an agreement with the Singapore Economic Development Board (EDB), marking its inaugural cooperation with EDB’s Office for Space Technology and Industry (OSTIn) to explore greater development and innovation in satellite technologies, hardware and software tools for satellite networks of the future.

SES and EDB will work with Singapore research institutes and industry partners in the design, prototyping and production of technologies for mobility applications in the aeronautical, automotive and maritime sectors.

Other potential areas of collaboration with EDB include the development of software to manage next-generation satellite networks, as well as producing innovative, compact components for Internet of Things (IoT) applications, which will continue to advance Singapore in realizing its vision of a Smart Nation.

The partnership will also pave the way for collaboration between Singapore and Luxembourg universities and research institutions to develop state-of-the-art satellite and radio communications technologies.

Beh Kian Teik, Executive Director at EDB’s OSTIn, said: “We are pleased to be working with SES to explore innovation opportunities in space technology and communications. SES is a leading operator in the satellite communications market and will further boost the maturity of R&D in Singapore’s space sector. This partnership also validates the growing capabilities of our space industry and the growing strength of our research institutions.”

Deepak Mathur, Senior Vice President Commercial, Asia-Pacific and the Middle East at SES, added: “Singapore has been home to SES in Asia for the past 15 years and is an important centre for our business. The country has rapidly risen into a world-class R&D and innovation hub, and in partnering with EDB and collaborating with local industry and research partners, we are excited to play a role in further developing the emerging local space and satellite sector and realizing Singapore’s space aspirations.” 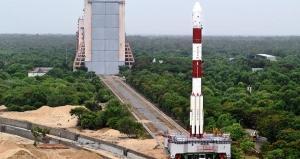 India just celebrated the successful launch of 20 satellites in a single mission on June 22, recognized as the most significant launch of India’s ambitious space program. The satellites sent to space belong to the United States, Canada, Germany and Indonesia.

The spectacular launch took place from the Sriharikota space centre off India’s east coast, a report by BBC says. The record number of satellites launched in a single mission currently belongs to Russia, which sent up 37 satellites in 2014. But experts say India’s latest launch indicates how the developing nation is emerging as a major player in the multi-billion dollar space industry.

The payload that the rocket carried up to space ranges in weight from more than 700kg to as little as 1.5kg, says BBC. The load included an Indian cartographic satellite, as well as others belonging to India’s universities and also international customers. Thirteen of the satellites were from the U.S., including one made by a Google-owned company.

India has proven to be resourceful, launching several satellites into space at once, since a single mission significantly reduces cost. India has been positioning itself as a key player in the international space industry as a low cost, effective operator.

“Each of these small objects that you are putting into space will carry out their own activity, which is independent of the other, and each of them will live a wonderful life for the finite period for which they have been designed,” said Kiran Kumar, chairman of the state-run Indian Space Research Organization (ISRO). 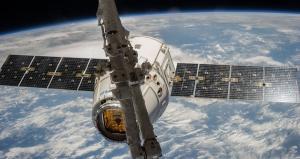 In October 2015, Mark Zuckerberg, CEO of Facebook, announced that the company would be providing web access to Africa from space. At the time, Zuckerberg did not say who would provide the receivers for the satellite signal, but merely that Facebook was going to “work with local partners across these regions to help communities begin accessing internet services provided through satellite.”

Fast-forward to 2016, and SES has been chosen by Facebook to do this. For a long time, Facebook’s Internet.org ambition of providing broadband to rural areas throughout Africa and other poor parts of the world was considered to be a huge opportunity for many global satellite operators.

On a similar note, in October 2015, Facebook also joined forces with French satellite operator Eutelsat to lease, together, the Ka-band payload on Israel-based Spacecom’s Amos-6 satellite. Together, the two companies will provide, in separate marketing efforts, broadband connectivity to 14 countries in Africa.

According to a report by Space News, Amos-6 is scheduled for launch in August this year aboard a SpaceX Falcon 9 rocket. Eutelsat and Facebook have reportedly split the $95 million cost of the Amos-6 Ka-band over 4.5-5 years, which could likely be extended by two more years.

For Eutelsat, the arrangement has proven to be a “steppingstone” for the company’s larger Ka-band satellite, which was ordered in late 2015 and is scheduled for launch in 2019 to cover about 30 African countries. Eutelsat has hinted that Facebook could be a partner for this satellite operation, which could mean that the satellite’s throughput could be doubled to 150 gigabits per second. Since Eutelsat’s announcement, there has been no other significant announcement by Facebook to partner with a satellite company until the news about SES.

According to SES, it will provide an undisclosed amount transponder capacity to Facebook from three of its satellites: Astra 2G at 28.2 east, Astra 2B at 31.4 degrees east, and Astra 4A at 4.8 degrees east. Astra 2G and 4A both have mixed Ku- and Ka-band capacity, while Astra 2B is entirely Ku-band.

SES has said that the contract with Facebook is a “Ku-/Ka- mix with, in our view, long-term potential.” Facebook hasn’t added to this comment or responded to requests for information about the contract volume/duration.

SES has said that Facebook’s business with the Astra satellites would use Petah Tikva, Israel-based Gilat Satellite Networks’ X-Architecture SkyEdge II-c ground terminals. Facebook has always said that its strategy to deliver broadband to rural areas in the developing world would be multi-platform and likely include high-altitude aircraft in addition to satellites.

Speaking about the company’s approach in March at the Satellite 2016 conference in National Harbor, Maryland, Max Kamenetsky, director of connectivity developments for Internet.org said: ““We are not a satellite company. For us, the satellite was an investment where we saw a specific opportunity to deliver services to parts of sub-Saharan Africa. It’s a first step for us to understand this market, which has not been served very well by operators.”

He added that Facebook has been grappling with the issue that satellite and cellular network operators have to face the question of who will pay for connectivity in low-income rural areas where Facebook wants to connect.

“If we were to bring WiFi to community aggregation points, where people are paying between $1 and $3 per month to connect, will people actually use this?” Kamenetsky said.

“In the past, if you talked to mobile operators, the reason they don’t go into these remote areas is because they believe people will not pay for the data. The standard answer you hear is that people do not understand the value of data, they will not use Internet and this is a lost cause. We want to change that.”

Kamenetsky added that he believes broadband infrastructure costs need to drop down “significantly, by orders of magnitude” in order for rural developing markets to flourish with connectivity. 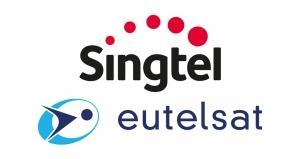 Singtel has selected capacity on global satellite operator Eutelsat's 70B satellite to support network connectivity in South-East Asia. Eutelsat said: "Singtel is establishing a new relationship with Eutelsat through a flexible contract that enables it to progressively ramp up capacity over the coming 12 months as demand grows."