Nokia has announced a services deal with A1 Austria, building on the leadership of both companies in the Austrian enterprise market.

In this three-year contract, started earlier in 2020, Nokia is providing its industrial-grade private wireless technology and services for all existing and new A1 Austria LTE and 5G enterprise campus network deployments.

As part of the deal, Nokia will provide operational support and care for all existing campus networks, ensuring adherence to even the most challenging service level agreements (SLAs) and quality of services (QoS) requirements. With the support of Nokia, A1 Austria will accelerate the digital transformation of its enterprise customers. A1 and Nokia have already successfully deployed a number of private wireless campus networks in Austria, including installations at Magna Steyr, Vienna Airport and 5G Playground Carinthia.

Nokia is now the technology partner of A1 Austria, ensuring high-performance 4.9G/LTE 5G private wireless network solutions. In addition, A1 and its customers benefit from Nokia’s globally proven capabilities in digitalization, automation, AI and network slicing.

A1 Austria is a global lead customer for Nokia’s network slicing technology in 4G and 5G mobile networks, a key functionality for enterprise networking which A1 Austria is planning to make available nationwide. Private wireless networks are ideal for the business-critical communication requirements of factories, logistic hubs, and other enterprise verticals along with public safety organizations.

According to Mobile Experts1, the global private LTE and 5G market is anticipated to triple by 2025 as a variety of industries are upgrading their investment in private wireless networks to support industrial operations.

Alexander Stock, CTO at A1 Austria, said, “This deal reinforces the long-standing collaboration between A1 and Nokia, including an agreement to expand next-generation 5G mobile communications in Austria. A1 is now a clear leader in enterprise in Austria and, together with Nokia as its technology partner, we are looking forward to quickly rolling out new deployments.”

Friedrich Trawöger, Head of Operate and Managed Services at Nokia, said, “As operators like A1 Austria diversify their portfolios with new services and business innovation to digitalize industries, Nokia is in place to deliver proven expertise in the deployment and operation of business-critical private network solutions. We have had significant success on a number of executed projects with A1 in Austria and this deal will further position both companies as leaders in the private LTE and 5G domain.”

In addition to the services contract, Nokia provides A1 Austria the infrastructure, software and services for setting up the private LTE networks. This includes a micro core network, AirFrame servers, small or macro cells, as well as professional services. 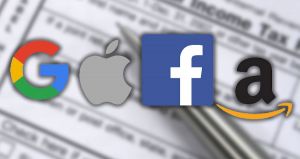 Austrian Chancellor Sebastian Kurz vowed to press ahead with a tax on large internet and technology companies, following France's example, as the European Union struggles to finalize a new EU-wide levy.

France, which is pushing for a new so-called “GAFA tax” is advancing with its own tax to ensure the global giants pay a fair share of taxes on massive business operations in Europe.

“It is only fair that internet giants in Europe pay a proper amount of tax,” Kurz said, according to a statement. ‘In addition to an EU-wide move, we'll also act on a national level. We will introduce a digital tax in Austria.”

Kurz said that EU member states “agree in principle that there is a need for such a tax.” He said Finance Minister Hartwig Loeger was in the process “of working out the details and their implementation and will unveil the basic framework at the beginning of January.” The tax would then come into force as part of the government's planned tax reforms in 2020.

“The aim is clear - to tax companies that generate huge profits online, but pay hardly any tax on them, such as Facebook or Amazon,” Kurz said.

Under EU law, US technology titans such as Google and Facebook can choose to report their income in any member state, prompting them to pick low-tax nations like Ireland, the Netherlands or Luxembourg. Such firms, on average, pay a nine-percent levy, compared to 23% for other businesses, according to Margrethe Vestager, the EU competition commissioner.

The low tax rates have caused anger among voters in many European countries, but the 28-member bloc is divided on how to tackle the issue. 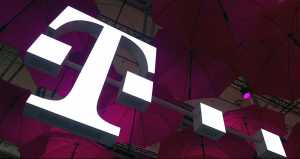 T-Mobile Austria, a Deutsche Telekom company, has selected Huawei’s OTN solution for its planned metro WDM and backbone WDM. The projects are intended to build a next-generation large-capacity WDM transport network with leading performance to support the growth of network traffic and services of T-Mobile Austria over the next five years.

As a well-known mobile telecommunications service provider in Austria, T-Mobile Austria has about 1300 employees and serves 4.6 million users. T-Mobile Austria also provides top-level IT services around the world in cooperation with T-Systems.

T-Mobile Austria’s existing backbone network provides a maximum of 40 100G wavelengths, which is insufficient to handle current and future traffic loads. At the same time, 10G/100G hybrid transmission exists in many places, which affects the transmission performance of the network. Moreover, the complex dispersion compensation configuration leads to difficulties in network planning and O&M and is unable to support the future DC-centric network architecture. 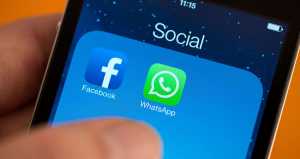 The Austrian government is set to introduce controversial legislation which would grant police authorities in the country the ability to access encrypted messaging services such as WhatsApp and Skype. The government has claimed that the legislation has been drafted in an effort to ‘crackdown’ on criminals who are increasingly avoiding the use of communication via telephone.

However, it has transpired that such surveillance would only be permitted with a court order into investigations in relation to potential terrorist activities, or other crimes punishable by at least five years imprisonment. Other EU countries such as France, Italy, Poland and Spain has adopted similar policy changes and introduced new laws.

It remains unclear how Austria would conduct such a surveillance program, although it has been suggested that one approach would involve the installation of software on the computers and mobile devices of suspects using messaging tools with end-to-end encryption. That would prevent the government from accessing information by means of traditional, remote eavesdropping techniques.

It’s been further disclosed that such tools are sold by a handful of Austrian firms who specialize in selling off the shelf surveillance to governments. "Law enforcement and intelligence agencies are gravitating toward this type of spyware to overcome the challenge of end-to-end encryption," said Ronald Deibert, director of the Citizen Lab at the Munk School of Global Affairs in Toronto.

Deibert’s institute investigates the abuse of such surveillance tools, and he stressed the importance for governments to make sure they have proper oversight and public accountability when granting police authorities the right to use these particular surveillance technologies. It has been reported that the Austrian Judicial system has already sentenced several individuals to prison for their links to terrorist organizations. Prosecutions were made in a number of cases due to the influence of data from devices that had been seized by law enforcement officials. The government plans to submit the bill to parliament after an Aug. 21 deadline for submission of opinions.