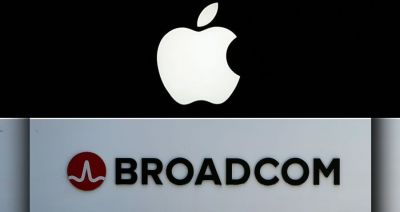 A Los Angeles jury ordered Apple and Broadcom to pay $1.1 billion to a university in California for infringing on four Wi-Fi technology patents. Apple was ordered to pay $837 million and Broadcom must pay $270 million to the California Institute of Technology, in what is thought to be one of the largest patent verdicts ever.

Caltech University had sued both tech giants in 2016, alleging that Apple products including iPhones, iPads and Apple Watches used Broadcom components that infringed on Caltech patents related to wireless data transmissions. Both Apple and Broadcom indicated they planned to appeal the verdict.

“As a nonprofit institution of higher education, Caltech is committed to protecting its intellectual property in furtherance of its mission to expand human knowledge and benefit society through research integrated with education”, the university said.

In court documents, Apple and Broadcom had said that Caltech's claims “are based solely on the incorporation of allegedly infringing Broadcom chips in Apple's iPhone, Mac, and other devices.”

“Broadcom manufactures the accused chips, while Apple is merely an indirect downstream party whose products incorporate the accused chips,” according to court filings. “Accordingly, the claims that Caltech has against Apple depend on establishing that the accused Broadcom chips infringe the patents and that the patents-in-suit are not invalid.”

Broadcom was the main target of the lawsuit but Apple was also named as it is one of Broadcom's biggest customers.