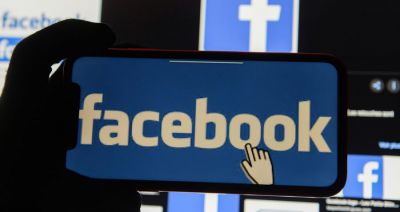 Italy’s Competition Authority (ICA) has taken legal action against Facebook, threatening to fine the social media giant for failing to comply with their terms regarding data practices involving user data which were previously set in November 2018.

The ICA issued a statement which read that if a company failed to comply with their terms, it would potentially result in a €5 million fine.

Facebook was fined €5 million back in November 3018 after the ICA found that the social media giant did not inform its users adequately about their personal data collection procedure and how it was being used for commercial purposes. More specifically, they were penalized on the grounds of “the remunerative aims underlying the supply of the service , while at the same time emphasizing that it is provided free of charge.”

The ICA also asked Facebook to put an end to this and publish an amending statement which was to be shown on the homepage of the website as well as the app and the person profiles of all Italian users.

However the regulatory agency found that, upon registering on the social network, users “are still not adequately and immediately informed about the collection and use of their personal data for commercial purposes” and that “Facebook did not publish the amending statement”.

When it comes to regulator probes, Facebook has been under the spotlight over the past few years.

A spokesperson rom Facebook stated, “We are reviewing the authority decision… We made changes last year, including to our terms of service, to further clarify how Facebook makes money. These changes were part of our ongoing commitment to give people more transparency and control over their information.”