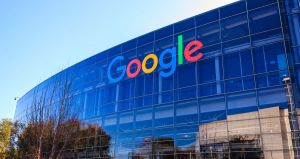 Google parent Alphabet has reported a slowdown in first-quarter revenue growth, as the Covid-19 pandemic led to a drop in advertising on the search engine from March. Revenues rose 13 percent year-on-year to USD 41.2 billion, down from 17 percent annual growth a year earlier and in Q4.

Alphabet reported a profit of $6.8 billion in the first three months of the year, up nearly three percent from last year, on revenue that grew 13 percent to $41 billion. The Silicon Valley giant, the first of the big technology firms to report quarterly results, offered a mixed picture: a strong start to the year followed by an abrupt slowdown in advertising in March and some tentative signs the worst may be over.

Chief financial officer Ruth Porat pointed to "very early signs of recovery in commercial search behavior by users" but added that "it is not clear how durable or monetizable this behavior will be."

Still, the report showed one of the major tech firms weathering the crisis and seeing some hopeful signs in advertising, which represents the lion's share of Alphabet revenue and is closely tied to economic conditions.

"In a quarter of bad news, this was really good news," said analyst Rob Enderle of Enderle Group, who predicted improvement in the digital ad market in May and June.

Baird analyst Colin Sebastian expected the current quarter to be "the bottom" of an online advertising trough at Alphabet, while noting growth in its YouTube and cloud computing revenues.

"This is probably exactly what technology needed at a time when many suspected FANG/Tech could be rolling over," Mark Newton of Newton Advisors said in a tweet, referring to the acronym for the big tech firms Facebook, Amazon, Netflix and Google.

Alphabet executives remained cautious in their outlook, noting that the company is cutting back on hiring, marketing, office expansion and other expenses while continuing to invest in promising long-term trends like companies moving more aggressively to services hosted in the internet cloud.

"It is now clear that once the emergency has passed, the world will not look the same," Alphabet-Google chief Sundar Pichai said during an earnings call.

"Some social norms will change, and many businesses are speaking to us looking to reinvent their operations."

Google services, data centers, and software capabilities are positioned to help with trends in online education, healthcare, entertainment, and shopping likely to continue after the pandemic has ended, according to Pichai.

Overall ad revenues for Google rose 10 percent for the quarter despite the pandemic's worsening in March.

YouTube's ad revenue was up about a third to $4 billion as people turned to online entertainment while they hunkered down at home to avoid the coronavirus.

The pandemic has disrupted operations at tech powerhouses known themselves for disrupting traditional business models.

Fewer people are buying new smartphones; more people are online and using social platforms but online advertising is slumping; cloud computing needs are growing; and more consumers are relying on delivery of essential goods from Amazon.

Along with other tech firms, Google has been highlighting its role in helping consumers and authorities in the battle against COVID-19.

Pichai said that "we've marshaled our resources" to assist people during the crisis.

"Given the depth of the challenges so many are facing, it's a huge privilege to be able to help at this time," he said.

Google has teamed up with longtime rival Apple to develop technology for coronavirus smartphone "contact tracing" by allowing devices from the two platforms to communicate and indicate when people have crossed paths with an infected person.

YouTube said it began adding fact-check panels to search results in the US for videos on hot-topic claims shown to be bogus.

The report showed revenue rose 26 percent to $170 million for Alphabet's "other bets" which include the Waymo self-driving car project, Wing drone delivery and Verily life sciences. But these "moonshot" projects produced a collective operating loss of $1.1 billion.