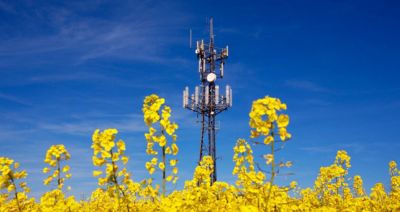 UK telecommunication operators are pooling together in an effort to try and tackle the coverage issues afflicting rural areas.

According to a report in the Financial Times, 3 UK, EE, O2 UK and Vodafone UK are hoping to set up a new company that will focus solely on addressing the connectivity problems that businesses and citizens are experiencing in rural parts of the United Kingdom.

The CEO’s of all the UK’s leading operators met the country’s culture secretary Jeremy Wright and outlined their ambitions to create a new company that would be overseen by both the governments and regulator Ofcom.

The creation of the new company would help create the capital investment required for the construction of infrastructure to remove coverage blackspots.

The proposal was briefly touched upon by CEO of O2 UK Mark Evans in a results statement for Q1 last week.

Evans said, “In addition to the progression of our plans on 5G, we are working to establish an industry-led shared rural network for the benefit of consumers and businesses across the UK.”

While this appears to be significant largesse by operators, the flip side is a call to remove coverage obligations on 5G spectrum set to be auctioned this year and a reduction on some other annual licence fees.

The debate over how to improve rural coverage in the UK has been a contentious issue for years. However, the fact that operators are willing to come together to tackle the problem together is seen as a step in the right direction.

The government had been advocating for roaming between networks to improve coverage, but this proposal was met with indifference from operators.

The Financial Times has stressed in its report that the proposal was not a “done deal” and the government may still choose to back Ofcom in its work to address rural coverage. But Ofcom representatives were apparently present at the meeting and “could be open” to rewriting 5G auction requirements if a concrete plan is in place for rural coverage.

It was suggested that there will be legal conditions in place to ensure the plan comes to fruition.