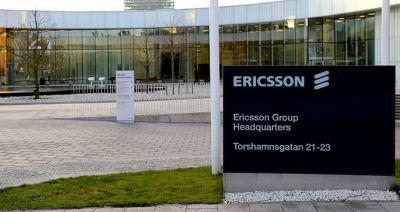 Ericsson published its Q4 financial results which highlighted that the Swedish telecom vendor did not experience much growth.

The vendor stated that the protracted merger of T-Mobile US and Sprint were to blame for the 9% drop in North America.

However, despite this, Ericsson experienced plenty of growth in the North American region at the beginning of the year.

Ericsson CEO Börje Ekholm commented on this and stated, “Due to uncertainty related to an announced operator merger, we saw a slowdown in our North American business in Q4, resulting in North America having the lowest share of total sales for some time. However, the underlying business fundamentals in North America remain strong.”

The vendor also experienced 1% growth in Q4 and 4% in the overall Financial Year of 2019. Despite their lack of growth in North America, the company did quite well in other markets such as the Middle East and North East Asia.

Their Q4 growth gross margin accounted for 37.1% which is essentially in line with their 2020 target.

There was a decline to 14.5 % in the networks operating margin, which the firm attributes to an increase in investment and the occurrence of the Kathrein acquisition.

Ekholm also added, “Operating income was impacted by increased operating expenses. The increase is related to the Kathrein business acquisition, increased investments in digitalization and added resources to strengthen security as well as our Ethics and Compliance program. For 2020 we expect somewhat higher operating expenses, which will not jeopardize our financial targets.”

Whereas their Q4 net sales increased by 4% and was valued at 66.37 billion kronor compared to the respective quarter last year which (63.81 billion kronor). Sales were adjusted due to currency and comparable units and it was reported that there was a 1% increase year-over-year.

Ericsson has stated that they will be proposing a dividend for 2019 of 1.50 kronor per share at their