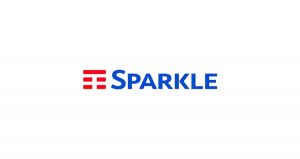 Elisabetta Romano, CEO of Sparkle, received the “Corporate Innovation Award” at the European Tech Woman Awards 2020 ceremony hosted by the UK Department for International Trade (DIT) and held at the opening of London Tech Week.

At their first virtual edition, the European Tech Women Awards recognize the excellence of 24 women in delivering revolutionary projects in the UK and Europe, supporting women’s rights and enhancing young talent to become the next generation of Tech Women.

Elisabetta Romano stands out as one of the most influential and experienced women tech leaders. During her thirty-year career, she has developed unique and innovative solutions across the Telecommunications, IT and Media sectors, holding several positions with increasing responsibilities up to her recent appointment as Chief Executive Officer at Sparkle, the TIM Group’s fully owned international service provider, first in Italy and among the top ten global operators worldwide.

“I’m very proud of this award. Technological innovation and digitalization processes are key for the next generation telecommunications” commented Romano. “I hope that we can work all together to make valuable cutting-edge solutions for our customers”.

This and next week the awards ceremony will be followed by six panel discussions where the winners will talk about technology, future and opportunities. In particular, Elisabetta Romano will be speaking on 4th September on the panel titled “When will the world be ready for new female leaders?”, sharing her success story and managerial path.

Sparkle and TIM are strongly committed to developing female leadership and reducing gender disparity in a traditionally male-dominated technological sector. Recently, the TIM Group has launched its “Women project: an inclusion initiative for all”, a three-year plan aimed at fostering equal opportunities through the creation of an ethical and respectful working environment and the enhancement of women’s professional development. Within the Group, the NoiD women's association has been set up to value TIM's female staff and promote an inclusive and merit-oriented management style.